Since 1994, dentists have used lasers so as to treat certain types of dental problems. Even though lasers have received FDA approval it is interesting to note that there has not been a dental laser system on the market today that has received the Seal of Acceptance from the Canadian Dental Association. At this point of time, the American Dental Association only recommends traditional dental treatments. 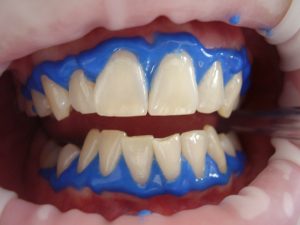 There are certain dentists that utilize a laser to treat various dental procedures including gum disease, tooth decay, teeth whitening, and biopsy or lesion removal. A laser can be used to treat tooth decay by removing decay within a tooth and for preparing the surrounding enamel of the tooth so as to receive the filling. Lasers are used for gum disease issues by reshaping gums and removing harmful bacteria during root canal procedures.

A laser can also be used for the removal of a small piece of tissue. This type of procedure is called a lesion or biopsy removal. Once the piece of tissue is removed it can be further examined for cancer. Lasers are also beneficial for removing lesions that occur in the mouth or for relieving the pain that is associated with canker sores.

Many dentist prefer to use a laser to speed up the teeth whitening procedure that is done in the office. A laser will activate and speed up the peroxide bleaching solution that is used for teeth whitening. A lot of dentists feel, however, that using laser techniques for this procedure is not worth the risk, as it tends to dehydrate the teeth. This may lead to other issues.

The Seal of Acceptance that the Canadian Dental Association provides is an assurance to all dentists that a device or product will meet the high standards of safety that a patient deserves. However, it is also interesting to note that the Canadian Dental Association seems cautiously optimistic about the future role of laser technology and its benefits in the field of dentistry. Dental lasers are completely different from the cold type of lasers that are being used in photo-therapy for the relief of pain, headaches, and inflammation.

A dental laser works by delivering an energy source in the form of light. When used for dental and surgical procedures, the laser energy acts as a vaporizer of tissue or a cutting instrument. If the dentist uses a laser for the curing of a filling then it will help to strengthen the bond that is created between the tooth and the filling. As mentioned previously, when the laser is used for teeth whitening it acts as a heat source that will enhance the effect of the tooth bleaching agent.

When comparing a laser to a traditional dental drill a laser has the benefit of causing less pain and therefore it will also require less anesthesia. Many patients prefer a laser because of the fact that it reduces anxiety and allows the patient to be more comfortable. A laser will also minimize swelling and bleeding while doing soft tissue treatments. Finally, a laser often preserves more of the healthy tooth when doing a cavity removal.

Your dentist will be able to explain all of the  benefits and risks of laser dental therapy.